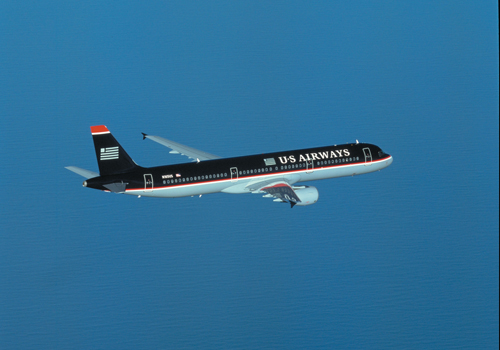 US AIRWAYS has joined the increasing ranks of airlines using onboard cargo tracking devices.
The carrier has adopted SENTRY FlightSafe, which greatly improves its shipment tracking and security.
“It provides location, environmental sensing, virtual security and temperature monitoring to cargo shipments transported on US Airways’ mainline network,” says Todd Anderson, managing director of US Airways Cargo.
Shippers, forwarders and couriers of valuable items use the device to track location and manage environmental conditions during air and ground transportation.
With its real-time capabilities at the airport and on the road, supply chain personnel receive important data at speeds so fast that rapid response in critical situations becomes easy to deploy and is stress-free, says Adam Crossno, president and chief executive of OnAsset.
The addition of US Airways to the FlightSafe network brings the company’s approved commercial airline network to 10 carriers and 10 independent operators.
“We are at the cutting-edge of innovation in the airline industry,” says Nikki Cuban, vice-president of marketing and business development, at OnAsset.
“The number of operators working with OnAsset to approve SENTRY FlightSafe has more than doubled in 2013, and we attribute that success to the FlightSafe feature providing the safest possible operation on aircraft.”
Current FAA rules state that the operator holds the responsibility to determine which portable electronic devices (PED) are safe and not harmful to the aircraft.
“When an airline operator approves SENTRY FlightSafe and the sustained radio-off mode, it’s not only a message that the airline is progressive in its approach to technology, but is progressive as long as safety comes first,” adds Cuban.
A highly-advanced wireless tracking device, SENTRY FlightSafe includes multiple sensors such as temperature, humidity, pressure, shock, location and vibration with an additional feature, FlightSafe®.
This feature enables the device to use multiple modes of sensing and proprietary logic to automatically turn off its wireless transmitting radios to ensure safe and FAA-compliant operation throughout the duration of flight.
The SENTRY FlightSafe device is the only cellular-based, GPS sensing device with a patented feature for automatic radio-off mode that requires no human intervention to operate it.
Customers using the devices also have access to OnAsset’s cloud-based Vision platform, which gives insight into the location and condition of cargo in transit.
Share this story