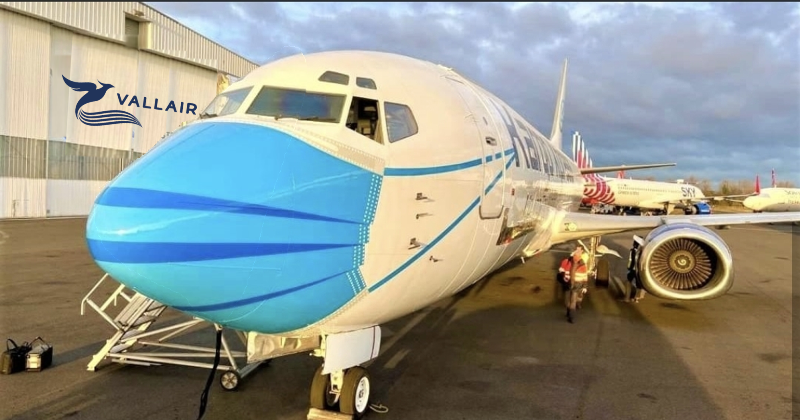 Vallair has placed its last-ever B737-400 freighter as it switches its focus to newer models.

The aviation company said that its final B737-400 had now been delivered to Malaysian start-up carrier M Jets.

Vallair will now focus its future freighter conversion programmes on A321, B737NG and ATR variants.

“The B737-400 is long established as a successful freighter,” said Gregoire Lebigot, chief executive of Vallair. “Offering eleven container positions, the Classic series, to which the -400 belongs, is well suited for a start-up operator because of its reliability and economical operating costs.  In addition to this as the aircraft is well-known throughout the world, finding suitable maintenance facilities, crew, engineers, as well as spare parts, will not be an issue.”

While the conversion represents the end of an era for Vallair, for M Jets it represents a first – the aircraft, MSN 26605, will be the first freighter entered into M Jets’ fleet and will be operated under the brand Kargo Xpress.

M Jets is the fifth cargo operator in Malaysia and will serve to fulfill Malaysia’s “burgeoning supply chain demands, as well as those of neighbouring countries which have seen a surge in air cargo driven by the demands of e-freight and e-commerce due to the pandemic”.

The conversion was carried out in 2018 and was carried out by Pemco Conversions. Although Vallair will no longer be converting this aircraft variant, it has confirmed that it will continue to offer legacy support.

“The delivery of this aircraft is a testament to the focused teamwork of all involved,” added Patrick Leopold, director of trading and leasing at Vallair. “Covid has of course presented challenges due to the limitations in travel, and we have relied heavily on web-based communications. Our specialist MRO facility in Montpellier has carried out all checks and maintenance, as well as accommodating the painting of the aircraft by ApS at our dedicated paint facility.”