Will we ever get pallet screening? 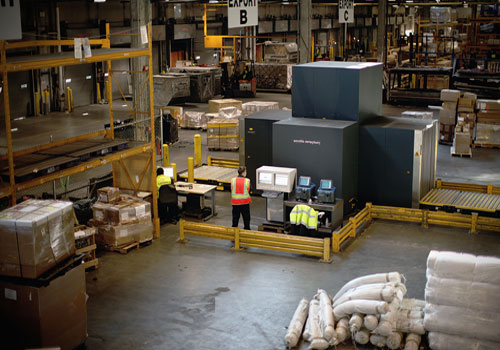 NEARLY three years after the introduction of the 100 per cent air cargo screening mandate in the USA, there is still no technology certified to screen full pallets – to the frustration of operators.
“It is very unproductive for us not to get there,” comments Joe Phelan, executive vice-president of ground handling and cargo for North America, Japan and Korea at handling giant Swissport.
“It takes a lot of warehouse space to break up shipments.”
Citing security restrictions as to what can be disclosed to anybody not registered as a regulated party, the TSA had little comment on the issue other than stating that it “continues to pursue new technology for screening cargo” – and that pallet screening is available with limitations.
The latter remark refers to the possibility to screen skids holding only one type of product. The TSA has repeatedly reminded forwarders that if they put a second commodity on a skid, it will have to be broken down for screening, reports Brandon Fried, executive director of the US Air forwarders Association.
Read more of Ian Putzger’s report in the 6 May 2013  edition of Air Cargo News – issue 751
Share this story