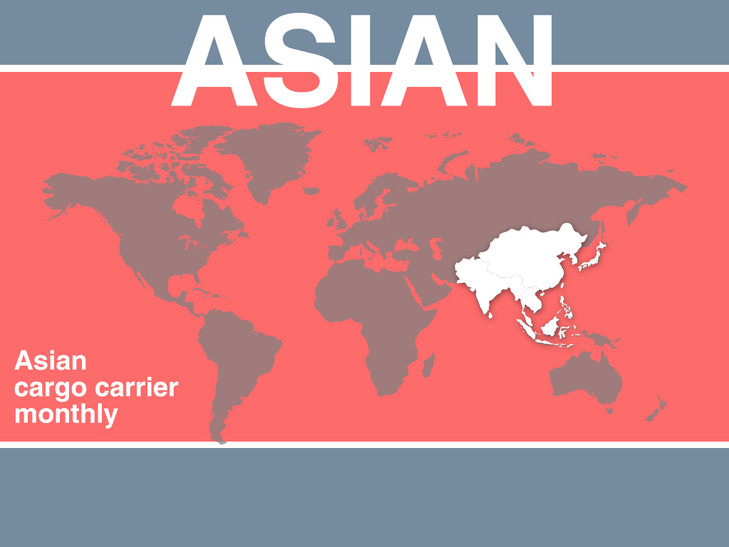 March saw air cargo traffic growth at Asian carriers weaken after a slow pick up after the Chinese New Year and following on from similar trends at their European rivals and major hubs in the region.
The largest cargo carrier group in the region, Cathay Pacific, saw total cargo traffic for March increase by 4.9% year on year to 1.1bn cargo and mail revenue tonne kms.
While this is still a very good growth level, it does represent a slowdown compared with 2017 and also the first few months of the year – over the first three months growth stands at 7.7%.
The airline said pick-up after the Chinese New Year had been slower than expected. It should also be mentioned that March saw tough winter weather conditions in Europe and North America.
Cathay Pacific director commercial and cargo Ronald Lam said: “Cargo revenue continued to track in line with our expectations. We saw a high load factor across the network and improved yield.
“The pick-up in demand from Hong Kong and mainland China post-Chinese New Year was slower than expected, but transhipments from the Indian subcontinent, Europe, Japan and Southeast Asia proved strong.”
Despite the slowdown in growth, the airline group did see its freight load factor increase slightly to 70.7% from 70.3% during March 2017.
Click on chart below for interactive version 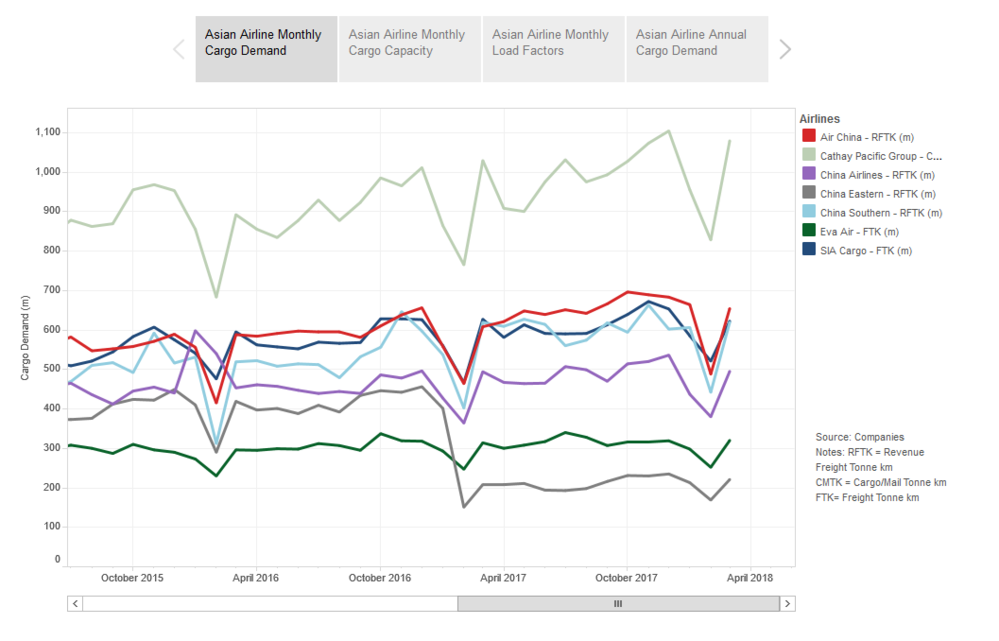