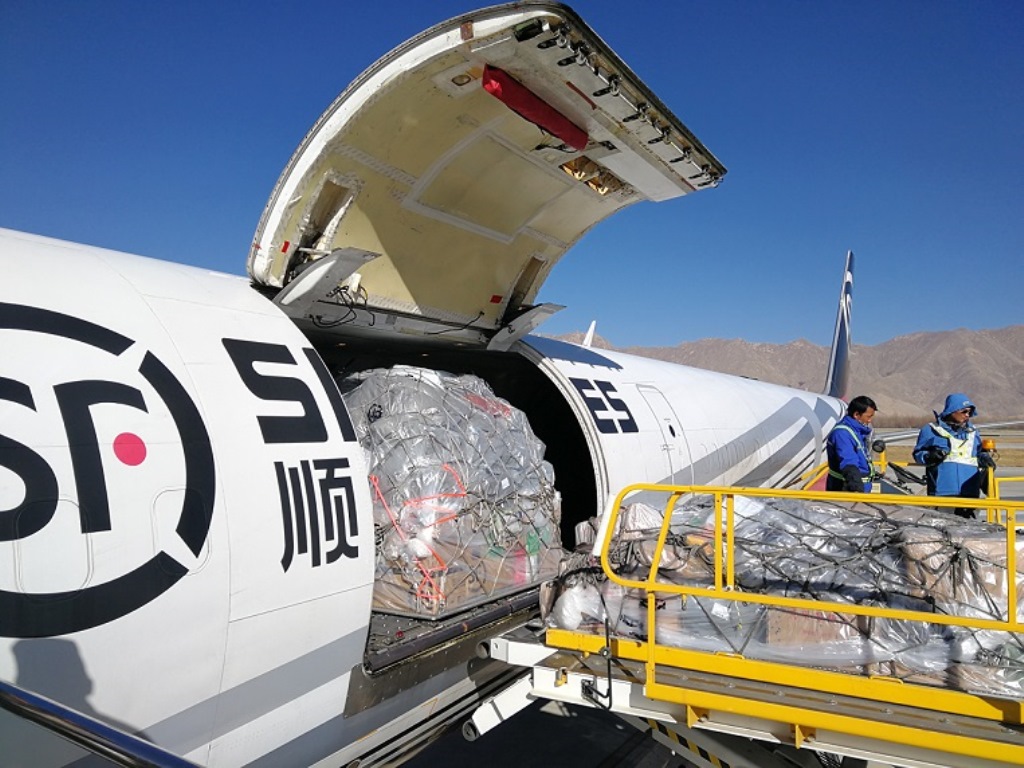 Fast-expanding SF Airlines has launched its second new service of the year, this time connecting Chengdu with hard to reach Lhasa.
The first flight took place on January 22 with regular services due to start in April. SF Airlines said the service would largely cater for perishables, such as Yangcheng Lake hairy crab, Yantai Cherry, Wuxi Peach.
The service utilises a Boeing B757-200F.
SF Airlines said: "The Lhasa-Chengdu freight route will promote SF’s industrial advantages of utilising its own aviation capacity and e-commerce platforms to establish vertical service channels and regional service networks for agricultural products, and further promote the economic and trade co-operation between Tibet and other domestic regions, as well as serve the development of agriculture in Tibet."
It is the second route launched by the airline this year, following a new operation to Mongolia on a Shenyang-Changchun-Ulan Bator-Shenyang loop.
In a statement, the airline highlighted the difficulty of flying to Lhasa on the Tibetan plateau, which has an average elevation of 4,500 m and is known as the roof of the world.
It said the meteorological conditions in the plateau are complex, with a large temperature difference between day and night, while the wind direction and wind speed vary greatly.
"Low clouds, low visibility, dense fog, low temperature and freezing are common," airline said. "In addition, the plateau topography has obvious interference to the radio waves, and it is very difficult for aircraft to take off and land.
"The go-around procedures [an aborted landing attempt] are complex and there are diversified restrictions due to high altitude.
"In order to overcome the altitude sickness, pilots need to have strong physical and psychological adaptability in addition to their rich experience."
The airline which launched its maiden flight in 2009 has been busy over the last couple of months.
At the start of the year, the airline announced it had taken delivery of its 41st aircraft. Its fleet now includes five B767s, 19 B757s and 17 B737s.
The airline also recently purchased two B747-400 freighters through an online auction. The aircraft were previously owned by insolvent German-Chinese carrier Jade Cargo and were bought for Yuan160.8m and Yuan162.
Read more express industry news